When Pain Turns Into Healing

I find it difficult to put into words and clarify what God has been doing in my life over the last 6 months, or 8 months or… How far back does this go? I am so very grateful that God has chosen to give me the time to truly seek his healing in my life. Although painful it has been a brutal and beautiful journey.

Sometimes when trying to explain this journey I start to do this kind of chicken or egg kind of thing? Was it the book writing? Was it the great big pile of pain I was in? When did I know I was going to be okay?

I know the day I knew the scales had tipped. I remember that day very vividly and I wrote about it in chapter 11 of Broken Mortals: A Journey of Hope.

The Call of the Wild

In late October of 2018 I accepted a call to be the Executive Director for a Christian Summer Camp and Retreat centre outside of Calgary, Alberta called Camp Chamisall. I was terrified but excited. I felt overwhelmed and unprepared and wondered how long it would be before they realized they had hired the wrong guy.

I started the role on a Thursday and within days I found myself at my denomination’s prayer retreat, a conference for pastors and official workers of the Christian and Missionary Alliance. Usually there are early morning sessions, a late morning session, and an evening session. In between these times there is eating, or gathering with friends and walking around God’s beautiful creation known as Lake Louise, Alberta.

Yes, we are very aware that we are spoiled for being able to spend time in such a beautiful location just to seek God and hear from him.

Although the early morning sessions are considered optional by many I seem to be drawn to them. As I rolled out of bed on the second day of the conference I expected that today would be another beautiful day of crying during worship, soaking in the teaching and then eating too much food. The crying was true, the soaking was also true, so was the part about eating, but what I didn’t anticipate was God’s clear direction for me through supernatural methods.

The early morning meeting was not a normal session as I had grown to expect them. It was described to me as a spirit led, acoustic time of worship. What that means is there are a number of musicians gathered in a circle and we sit or stand around them. Probably 200 or so people gathered in this room for this experience. Someone started us out with a song, which then triggered a different song, which we sang from memory. Punctuated throughout this time were random people coming up to the microphone to read scriptures that had popped into their head during the singing. Those scriptures would then inspire a new song from the musicians. This whole thing was both magical, and beautiful and moving and wonderful.

Then one of the worship leaders stood at the microphone and said, “I feel as though God is calling me to speak a message in the language of tongues. I’ve never felt compelled to do this but I must be obedient to the spirit. If someone has an interpretation for this message I would invite you to come up and share it.”

Then he started speaking in a language I did not understand and when he was finished he sat down.

Everything in my spirit began to cry out for the interpretation. I wanted to know what God was saying; I was both curious and oddly expectant.

There was another song and another scripture reading and I started to fear that no one had heard an interpretation. Then when I opened my eyes after the last song there was a woman standing at the microphone. She started to speak,

“I have never felt compelled to share an interpretation in front of a whole room of people before but God told me to speak today. These are the words the Holy Spirit spoke to me while Jeremy was speaking.”

Those words struck a chord in me, my eyes filled up with tears and I began to cry. I knew those words were for me. I knew that God spoke them directly to me in a way that I would not be able to deny them.

God was helping me to understand that just like he was with Abraham, and Joshua, and Isaiah and Elijah, he is also with me. They went through times of trial; they spent their days sometimes exhausted, sometimes fearful, sometimes doubting themselves. And God was with them in their brokenness.

God was not finished speaking to me.

The evening session ended in a time of prayer. Some pastors from my church prayed for me as I was beginning a new position in a new city and I was afraid for how my now adult children would handle the move. It would be the first time in their lives that they were not in the same city as me. Those prayers reassured me that God was in charge of my kids and I could leave them in his very capable hands.

I will admit that I had had enough of the emotions of the day, I was spent and exhausted, and I left the room. I stood outside the conference room and grabbed a glass of water but God would not let me go. I still felt compelled to go back into the room. I felt compelled to go to the front and be prayed for. So I sat down in a chair, partially to compose myself, and partly to try to build up the courage to go down and ask for prayer.

He then placed a heavy hand on my chest and one on my shoulder and began to speak. I don’t remember all that he said but I did capture these words shortly after that experience.

“When people look at you now they see a broken down wall, and your enemies look at it and say that if a fox were to jump on it the whole thing would topple over.” Which I understood to be a reference to Nehemiah. “But, Jesus has already begun rebuilding this wall. He is finding the places where it is broken and building it stronger then it was before. He has placed warriors upon it to protect you from your enemies. He is not rebuilding this wall so that people will see you, but so that when anyone looks at it they will see Jesus and all that he has accomplished.”

God is not finished with me yet. When I got out of bed that day I didn’t realize that Jesus had his sights on me.

In truth he has his sights on all of us, all the time but on this particular day in history I heard him speak directly to me and I was listening.” (Broken Mortals, pages 152 to 156)

That day was the tipping point for me. There have been a ton of great moments since then, moments that reassured me I was on the right track.

I will write more about those moments in some upcoming blog posts but I’ll let you in on some secrets. God is taking me on a journey of walking through the last chapter of my book and helping me find answers to the struggles that I have outlined there.

I’m not fully ready to reveal all that God is breaking and reforming in me but when I am I will definitely share them with you. Those struggles will most likely find their way into my next book which I’m currently calling Broken Mortals: A Journey of Healing.

Beautiful message brother. Thanks for sharing and for being so transparent about your relationship with God. As you know I’ve really struggled with my relationship with God and my family and my church and my job over the past couple of years. It’s been good having you along for the journey to help me keep my eye on the finish line. Blessings to you Chet!

Chet, I’m so excited to read about your experience at prayer retreat. I remember the courageous obedience of the man who spoke in tongues and the woman who interpreted. I praise Jesus that the gift of His Body, who strengthens the Body. I praise God for your continued healing and am grateful to you for your willingness to share your testimony with others. May he use you to set many captives free brother! 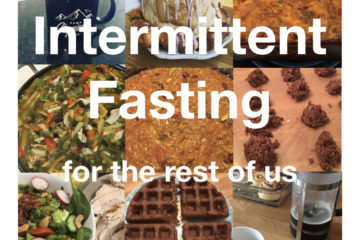 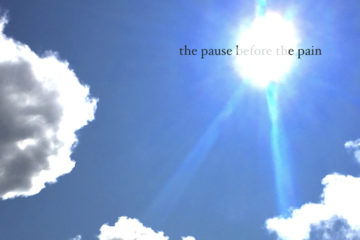